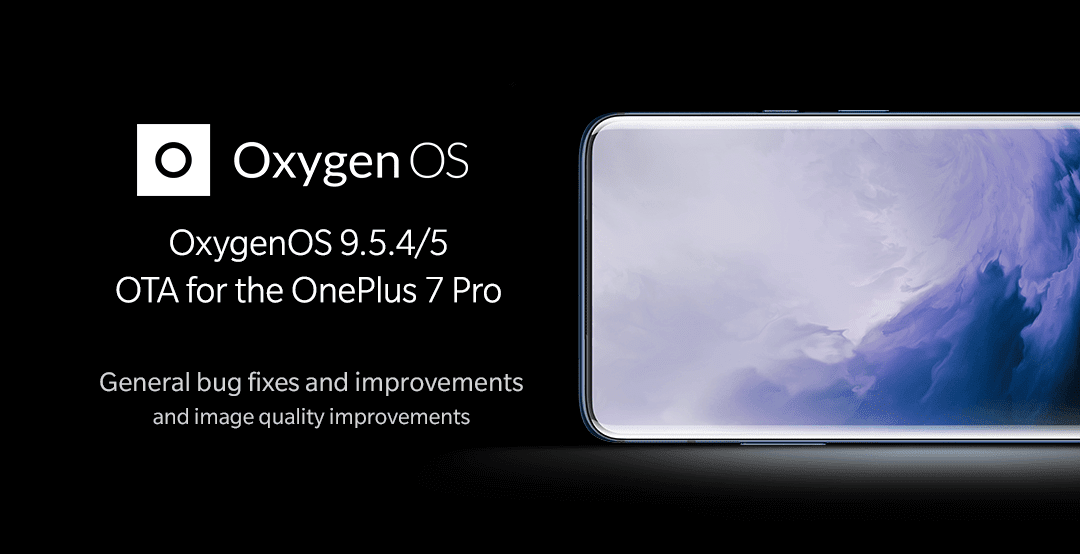 OnePlus has released a new OxygenOS 9.5.4 (international) and 9.5.5 (EU) update out for the OnePlus 7 Pro. The latest update is of 182 MB in size, and is mostly focused on improving the phone’s camera.


Both versions have several enhancements for the camera and the system stability overall, including optimizations for Double Tap to Wake and Ambient Display. Changelog, which is identical for both, follows as usual.

Although the OnePlus 7 Pro came with a stellar DxOMark score of 111, users and critics weren’t really happy with the camera performance. The images didn’t seem to be in the same level as the other flagships, and hence the company then promised that it would soon deliver an update that will improve the picture quality.


Those who have not received the update yet, should get the notification to download and install within a few days.